Each gardener gets his or her own bed to grow plants in. The garden shed and equipment can be used by anyone. Moreover there are regular meetings and all of the decisions concerning the garden are made together.

Here is a "meeting-place" for communication and interaction between people with and without a migrant background. Our garden brings many different social milieus, generations and ways of live together. While gardening people get into contact and become friends.

The cross-cultural garden is an interface between Social, Nature and Culture. While doing gardening, sharing a picnic or celebrate parties you can find out similarities and differences and learn to deal with. As a result a mutual comprehension as well as a appreciation for each other can be built.

Urban ecology plays an important role in our project. The cross-cultural garden uses urban open spaces and produces a strong sensitivity for our environment. So new methods can be tested, which sets impulses for transcultural way of environmental education. 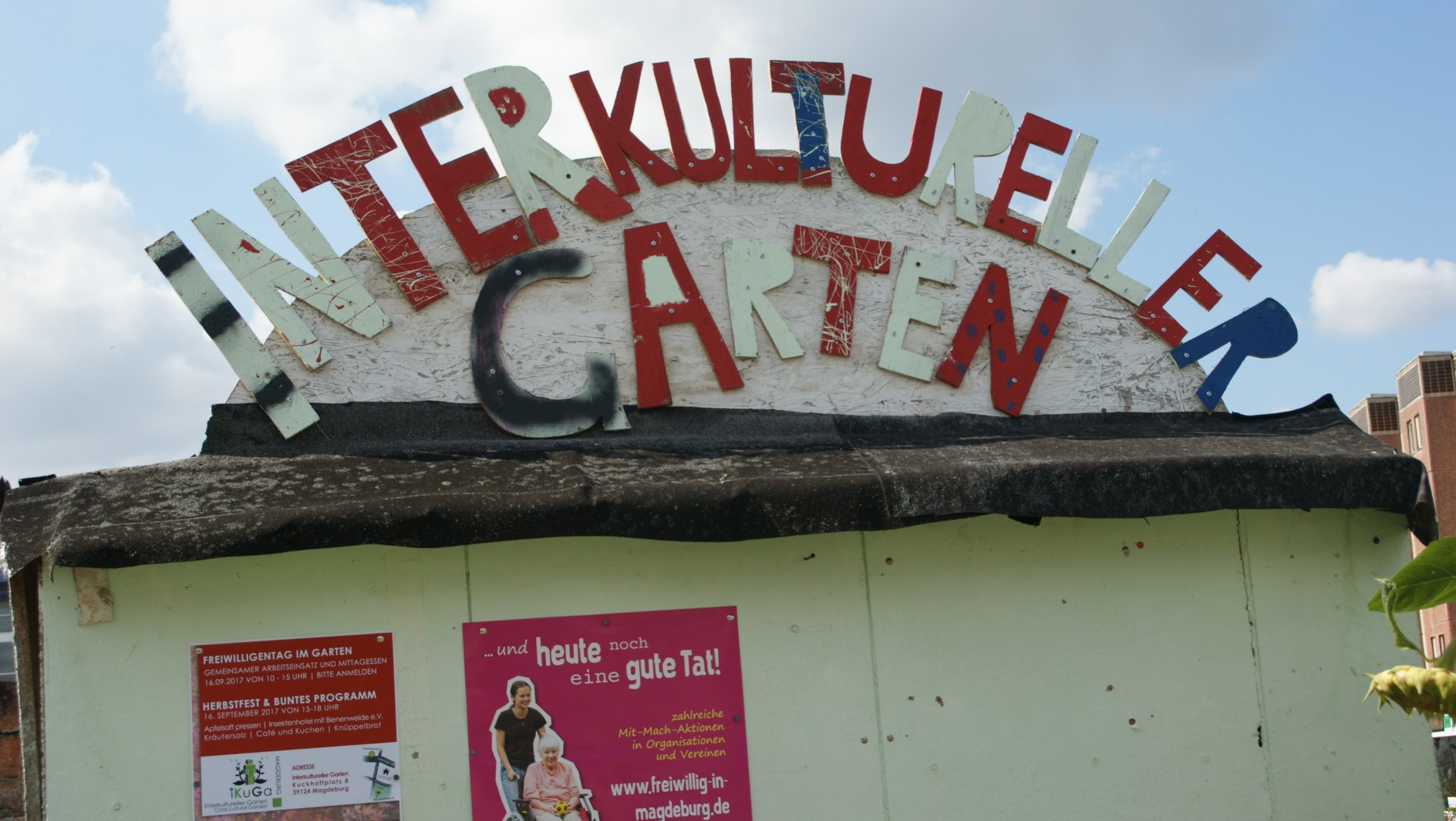 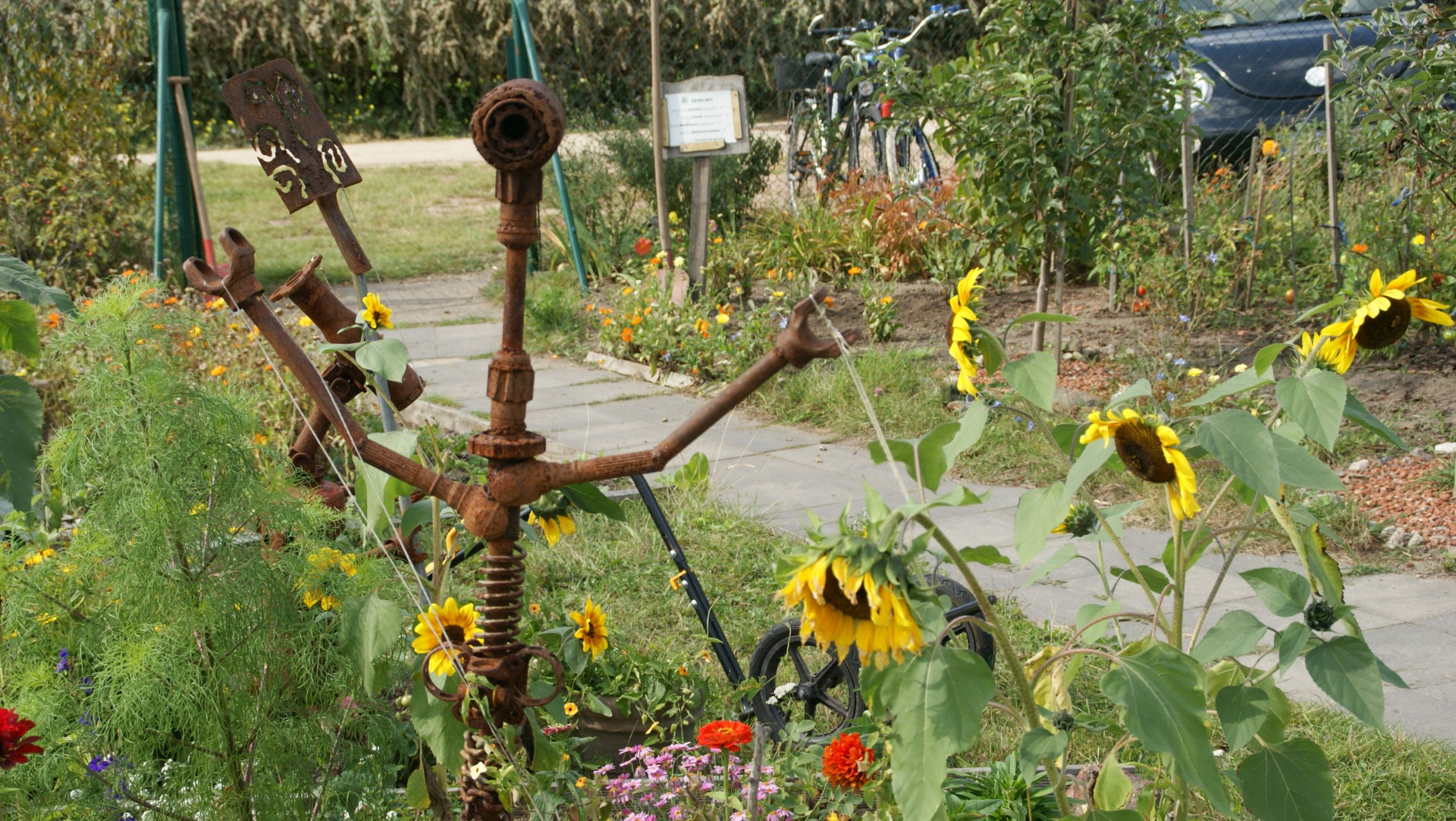 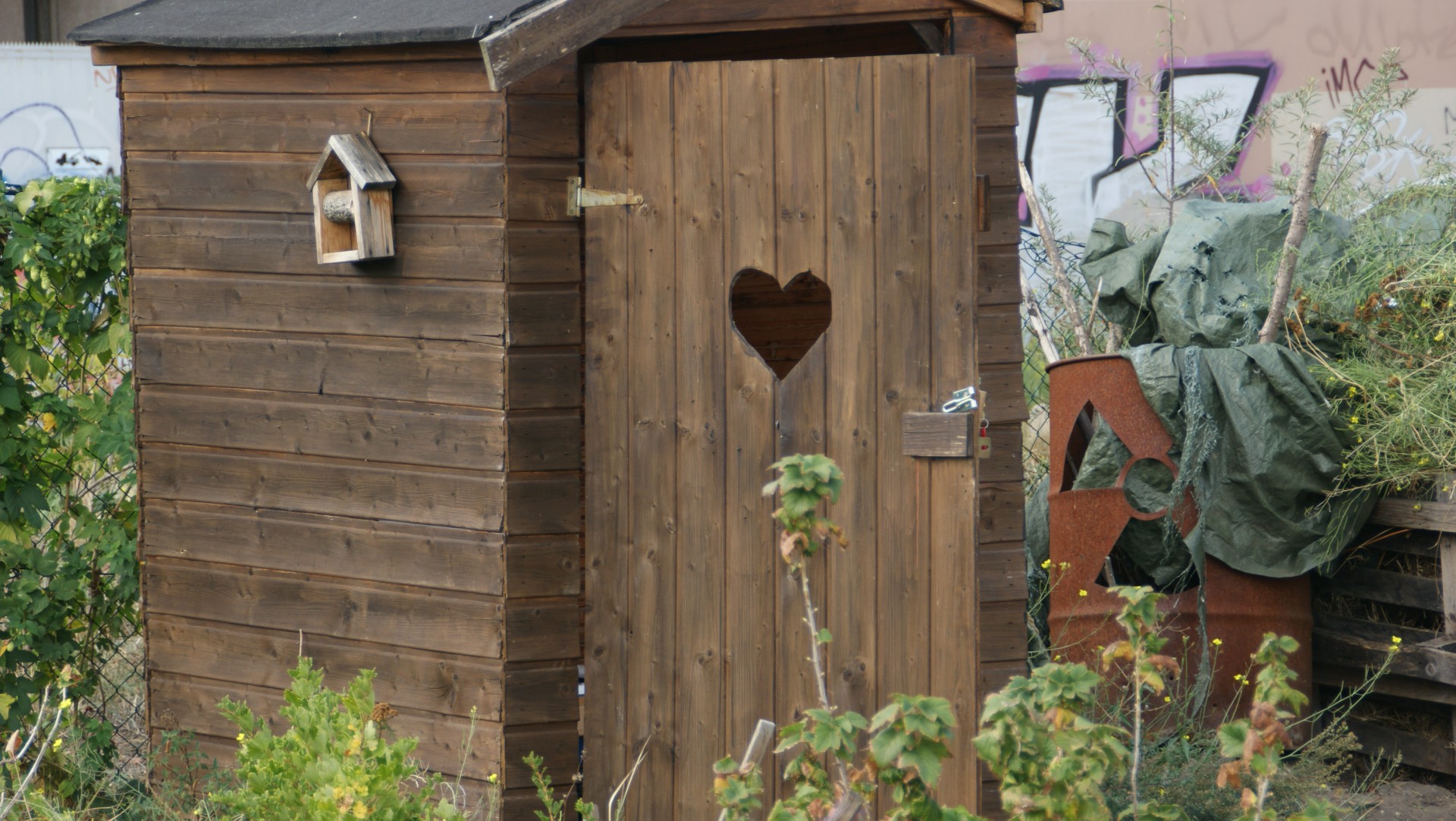 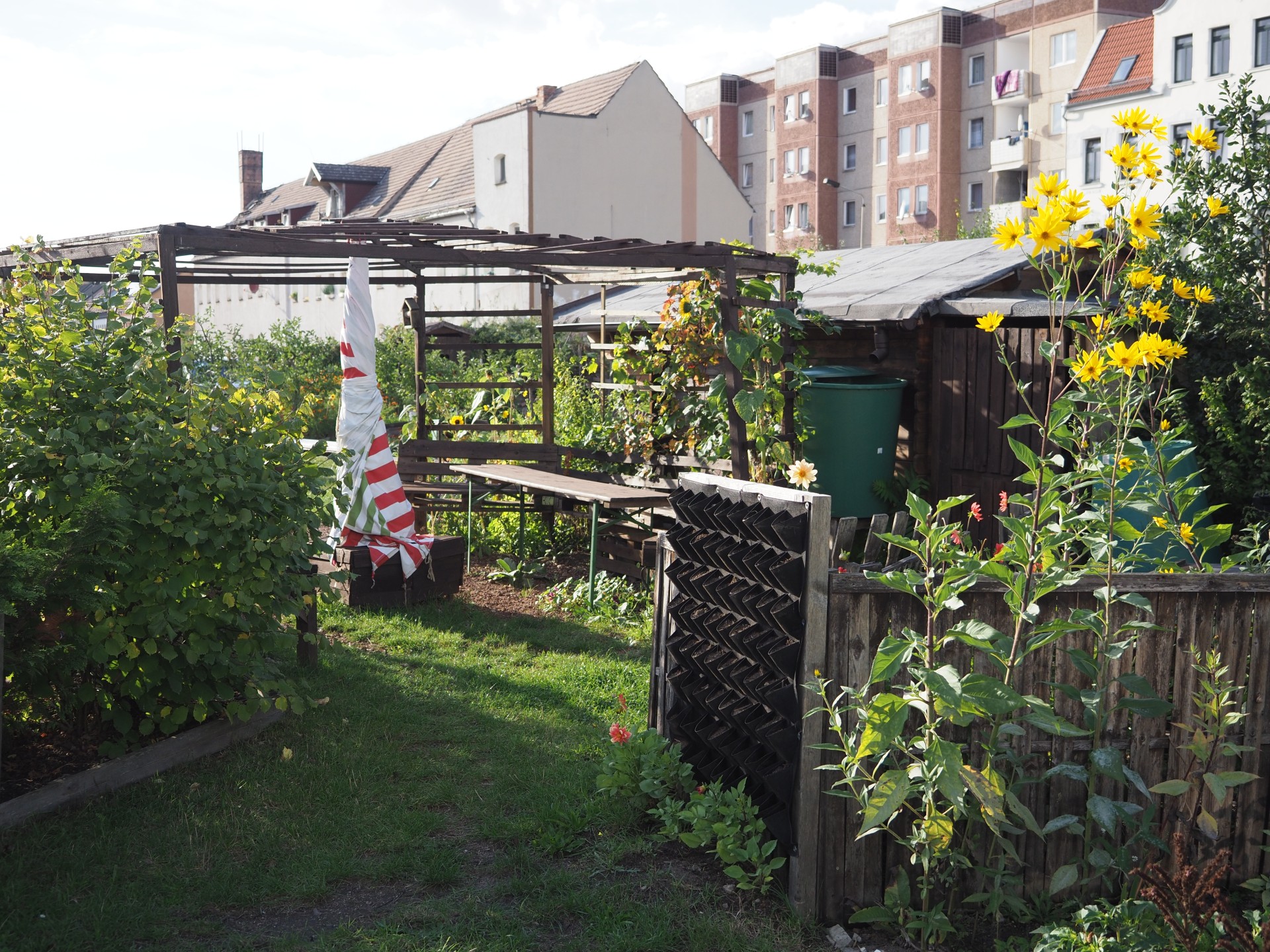 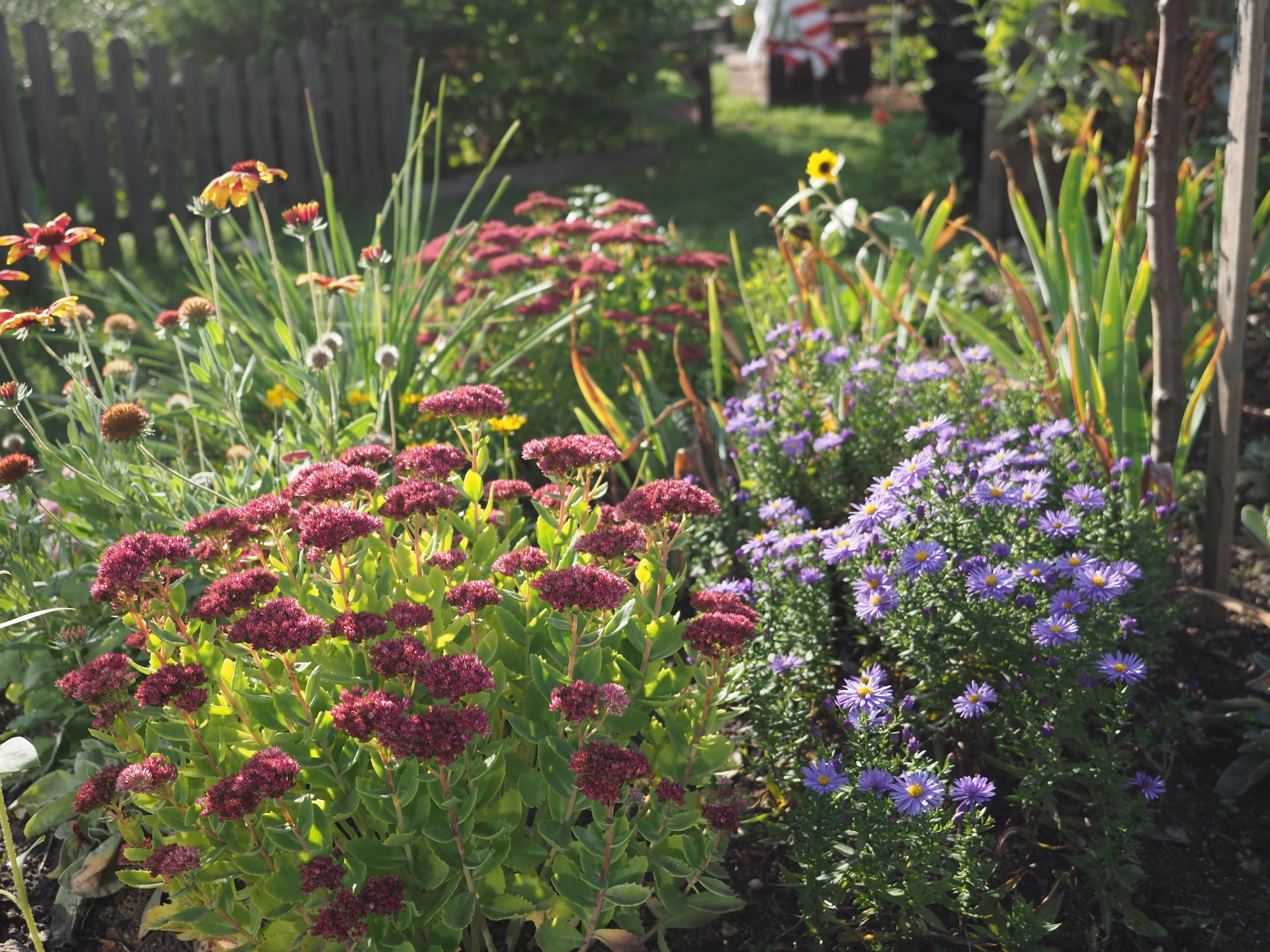 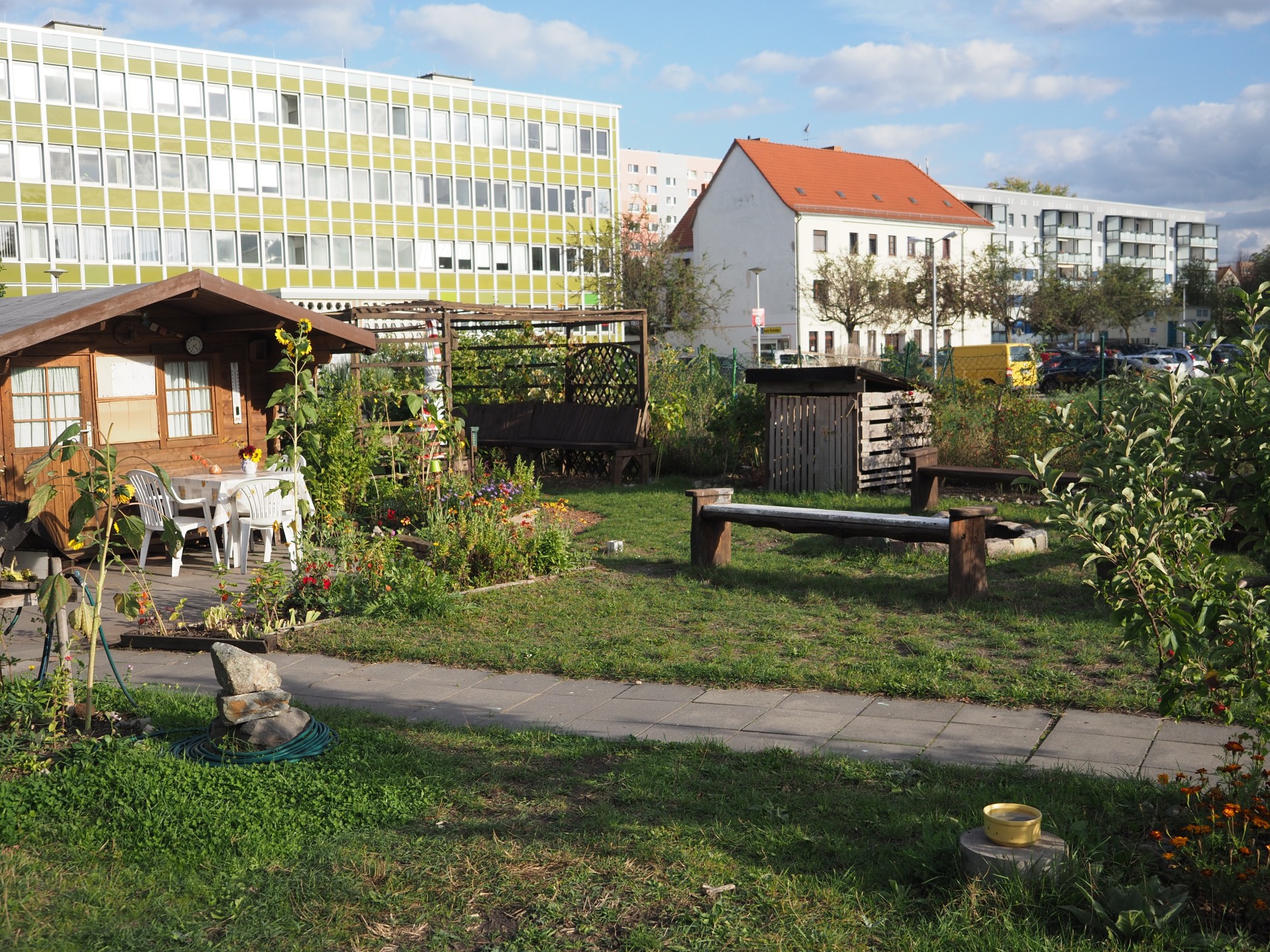 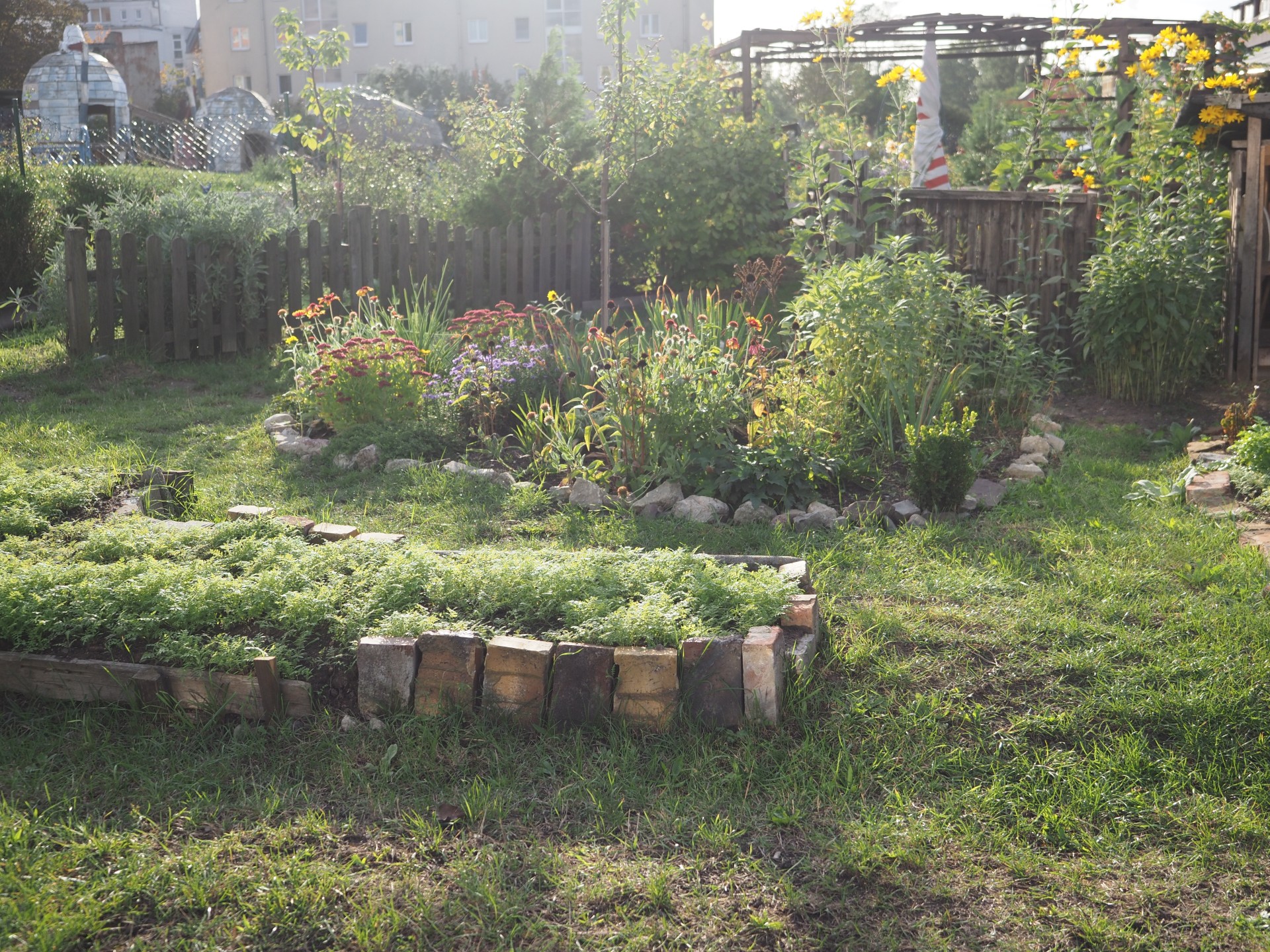 A garden for all!

Something has happened in our part of the town! On 2.600 qm of fallow land a little gardening oasis was created in the Neue Neustadt. The Cross cultural garden of Magdeburg is a place for tolerance and cooperation, in which people from the most various countries and cultures can meet each other and do gardening together. Through this activity we support the development of an open and tolerant society. Welcome to our garden!

The basic idea of a cross-cultural garden (IkuGa) was developed in 2009 by the former student and later head of the project Caterina Mendel as a part of a student research project. In 2010 it became a complete concept, supported by the cultural association KanTe e.V. After a hard time of planning, writing applications, reduce scepticism, forming utopian ideas - in 2012 we started with real garden work. Events like workshops and concerts should the people grow into a community. Since Dörte und Caterina as project managers invited migrant groups and intercultural associations the garden becomes really "cross-cultural".

Since 2014 the project - the garden community built a pergola, a greenhouse and public benches. In 2018 an association was established to administer the project and in 2022 we could celebrate our tenths anniversary.